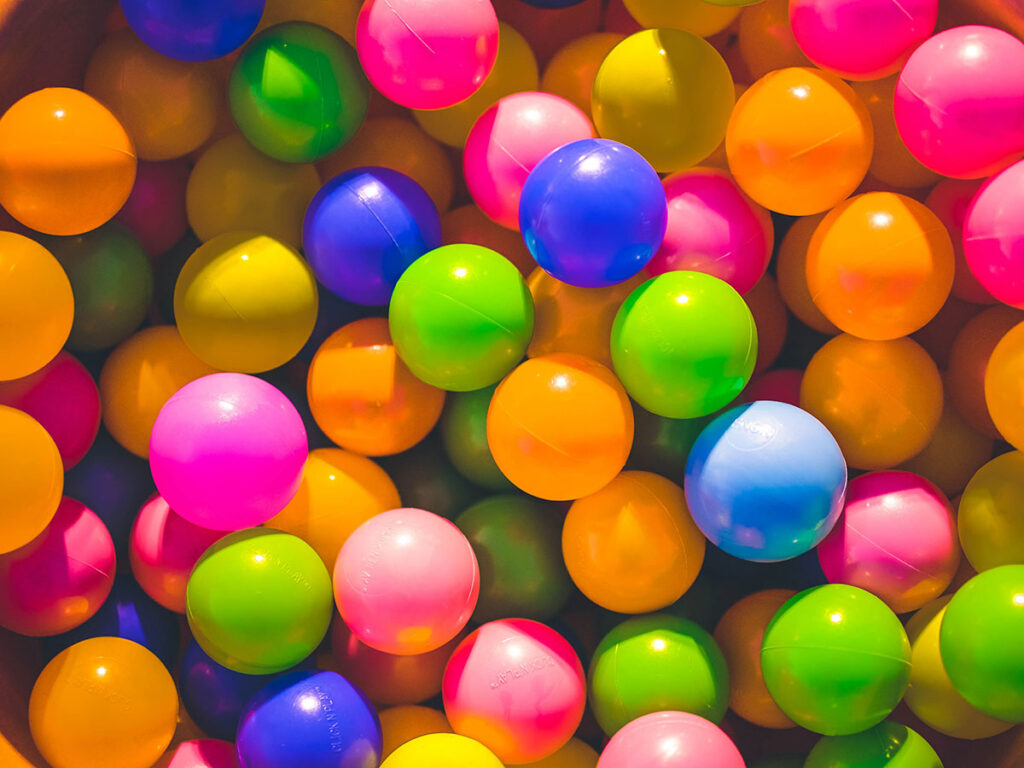 Watching leaves fall off the trees is one of the best parts of autumn (but raking them up isn’t!). During this time we encounter one of the Earth’s scientific laws. Do your kids know which one it is?

Tape the cardboard tubes to a window or wall to create a unique track that the pom poms can roll down and through. See how much distance you can put between tubes and how different heights affect the speed and time it falls through the tubes. Use the scissors to cut the tubes into different lengths and shapes. After running the pom pom through, try the track with the other balls.

Isn’t it fun to play with gravity? This STEM activity is all about the force that pulls objects to the Earth’s center. Objects with a greater density than air fall downward because of that force. The speed at which they fall is determined by how much air resistance each object faces on the way down. If two objects of different weights and densities, like a feather and a dictionary, fell in a vacuum with no air resistance, however, gravity would pull them down at the same speed!