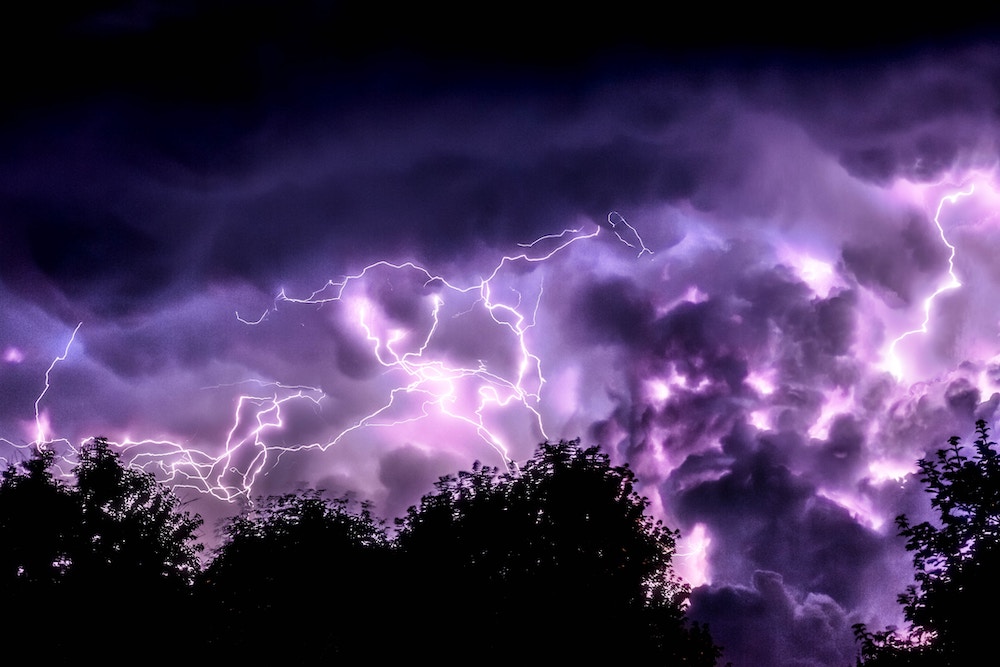 Summer is storm season, and you know what that means: lots of thunder and lightning! Thunder is the sound that lightning makes, but what is lightning exactly? In this activity, we learn how lightning works using static electricity.

First, blow up the balloon. Make sure it’s nice and round!

Next, vigorously rub the balloon on your head for two minutes. Yes, your hair is going to become oh-so-full of static electricity, but that’s the point! If you don’t want to use your head, you can substitute with something made of wool. This could be a sweater, blanket, or even a scarf.

Then, take the balloon to a dark room and touch the spoon to the balloon!

Lightning is essentially a giant static electricity shock. Both are electric currents connecting the positive charge to the negative charge. Unlike lightning, however, our little shock of static electricity moves from the balloon to the spoon, and not a cloud to the ground.

When you rub the balloon on your head, the electrons build up on one side with the protons on the other. You can see the two pulling towards each other as you pull the balloon away from your head. You hair stands up and reaches toward the balloon!

The metal spoon is a conductor. A conductor is an object that electricity can easily move through, from atom to atom. When we bring the spoon down to touch our negatively charged balloon, the electrons jump to meet the protons. This creates the “lightning” we see, because this is exactly what happens in nature!